The Gift of Death

Previous Next
The Gift of Death

These sage advices aren’t meant to bum anyone out, but rather to inspire us to live a big, wholehearted, and generous life. The blog that follows below is written by Mind Oasis board member, Al Rudnitzki. He writes an opinion piece for his local newspaper, The West Bend Daily News, every couple weeks.

A matter of life and death
– Al Rudnitzki, Mind Oasis Board Member 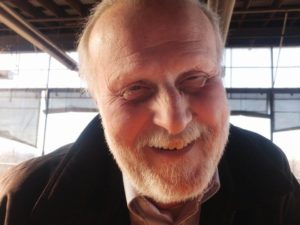 I used to say our society neglects to teach us about the two most important things in our lives — relationships and child rearing. But I was wrong. There is a third inadequacy — death. As far as relationships and child rearing are concerned, the thinking probably is it will come naturally. We’ll learn by doing. And I suppose there’s something to that. But wouldn’t it be nice to have a leg up, especially since doing a poor job of either relationships or child rearing has such dire consequences? First Lady Jacqueline Kennedy said, “If you bungle raising your children, I don’t think whatever else you do matters very much.”

And as for death, perhaps the thinking is how can you screw it up? Your heart stops beating; end of story. So, I suppose we could say you learn about death by not doing, meaning by no longer living. I hope that’s not the prevailing philosophy because I felt stupid just writing it. I think we all want to learn about death before we actually die. Many of us might argue that understanding death is helpful to understanding life, yet we almost never speak of it and perhaps many of you were reluctant to read this column because the title suggested it might discuss death.

Many of us treat death like going to the doctor. We feel if we don’t see our physician, we won’t get sick. And likewise, if we don’t talk about, or think about death, it won’t visit us.

I once contemplated writing a column entitled “The Gift of Death.” That title would have been somewhat of a misnomer, however, because the column would have really discussed the insights of having a close brush with death. I experienced such an encounter which caused me to spend my 49th birthday in the hospital and left my doctor advising me to get my affairs in order. Fortunately, a few days later the heart surgery complications that were threatening my life almost miraculously disappeared, and here I am more than two decades later annoying people with my scribbles.

I’m not talking about a near-death experience where you have one foot in the here-and-now and the other in the afterlife. I’m talking about being close enough to death that the medical professionals tell you that you might not see the sunrise. If you can survive though, it’s a valuable experience. It taught me three things. First, when you’re about to die, anything you can put a price tag on becomes absolutely worthless. I’m talking about the big house, the fat bank account, the fancy car, and the big boat. Second, the things that you can’t put a price tag on — friends and family, especially your spouse and children, acts of kindness and charity, along with general goodwill to your fellow man — become absolutely priceless. And I’m dead (no pun) serious about that.

I’m not necessarily advising you to liquidate your bloated bank account, sell your megamansion, or auction off you’re Testarossa. What I am saying is to make sure you devote ample time to acts of love and kindness especially loving your neighbors of all colors and creeds both far and near. If you don’t, I guarantee you’ll get a severe case of the shakes when you are about to exit life’s back door.

Don’t fret about slowing down your obsession with acquiring material goods that eventually end up owning you rather than you owning them, and instead bump up your commitment to kindness and charity. The change won’t kill you. (Again, no pun intended.) It will, however, make you a better and happier person, because the quickest way to cheer yourself up is to put a smile on someone else’s face. It’s hard to be sad while you’re making someone else happy. Besides, I’ve long felt that leading a good life is its own reward. You find yourself at peace surrounded by good people who aren’t focused on leveraging your friendship instead of being your friend.

In addition, when you pass on, you will leave a true legacy. Gandhi declared, “My life is my message.” In the end, that is true for each of us. Our life is our message, and our example, good or bad, becomes our legacy — either a laudable example or a dreadful warning. (Think of Scrooge before and after the visitation of Christmases Past, Present, and Future.) Death is on my mind more and more as I become nearly as old as the president and a greater number of my friends are either becoming ill or passing away. It seems I can’t walk more than a few steps down memory lane without realizing that many of the people who made the recollection special are no longer with us.

When my wife, Joan, and I share these thoughts, we always end by saying the same thing, “Let’s be thankful for the time we had with our friends, and let’s use whatever time we have left as well as we can.” Perhaps that’s the lesson of life and death. Use whatever time you have well. Be an example of kindness, not hate.

(Al Rudnitzki is a retired insurance manager, past educator and a Town of West Bend resident.)

It’s hard to be sad while you’re making someone else happy.